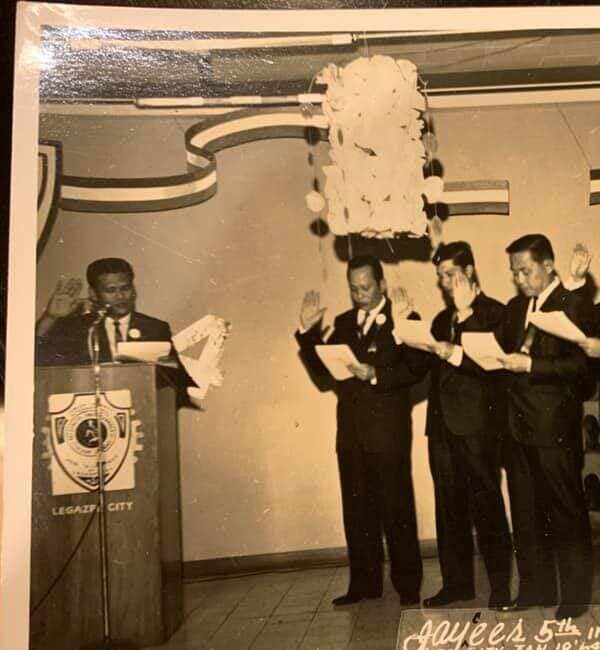 “For the past 60 years, a little over a thousand men has entered and left the great chamber of JCI Legazpi. Using the acquired knowledge, the skills and the experiences gained, many have moved on and became cream of the crop in the fields of their own choosing. Many have become better people.  A few have became the best. Some, in one way or another, have improved the lives of others.    While some did not live long enough to see the fruits of their labor…  But one thing stands out…by being a member of  JCI LEGAZPI…it has brought out the youthful vigor  in all its members…the ability to be the best… the skills, learned and honed,  to give us the edge needed in life …and most of all the right  attitude to make a difference for a better community and for the better good of mankind and above all , for the Greater Glory of God”

TO SPREAD THE FIRES OF JAYCEEISM, particularly in the Bicol Region, Executive Vice-President of the Philippine Jaycees Jesus I. Hernandez, thru his mother chapter-the Naga Jaycees started the charter extension for Legazpi Jaycees assigning Mr. Leo Trinidad as chairman for their third extension in the Bicol Region.   By March 16, the petition of the 25 pioneer members with Mr. Joaquin Los Banos as its charter president was approved, with a 2 year probation period through a Plaque of Admission by the Philippine Jaycee.

HUMANITARIAN SERVICE IS BORN, In the middle of the year and just before their historic induction was to take place, the Philippine’s main island of Luzon was devastated by three consecutive typhoons, with Typhoon “Harriet” devastating the Bicol Region, particularly Albay province and the city of Legazpi. Under the leadership of NP Gregorio L. Araneta II, the Philippine Jaycees launched the biggest relief operations of the decade called “Operation Saklolo” covering the Bicol Region, Manila and Central Luzon.  Japanese, Australians and Malaysian Jaycees provided timely and much-needed financial aid to its mother chapter in Asia.

THE CHAPTER’S FIRST HUMANITARIAN PROJECT: “OPERATION SAKLOLO” reached beleaguered  Legazpi City and its people on June of 1960, with Pres. “Jackie” Los Banos and his new breed of  Jaycees, converged at chapel’s grounds and courtyards, to conduct simultaneous relief operations to almost 4,000 families in the Old Albay District of Legazpi City and in the adjacent towns of Daraga and Camalig.  Today, The JCI-Legazpi (formerly, the Legazpi Jaycees, Inc.) has continuously participated in relief operations in their own area caused by calamity and or natural catastrophes, making it a stakeholder and its member’s partners in socio-economic development and the chapter an advocate for Global Climate Change.

In the aftermath of Super Typhoon Yolanda, JCI Martin Reynoso brought the

…and most of all the right  attitude to make a difference for a better community and for the better good of mankind and above all , for the Greater Glory of God”

chapter to Tacloban providing much-needed solar lights and communications to the devastated people. His humanitarian projects were shortlisted at the ASPAC with the JCI Marker-as the top 3rd Best Community Development Program-besting 20 Asian countries in the Asia Pacific Region.

THE QUEST AND QUENCH FOR AWARDS started in 1964 under Pres. Minging Imperial, The only president to serve two consecutive years 63-64, Legazpi Jaycees won its first national award at the 16th National Convention in Naga City.  Thereon, the chapter member’s innovations, perseverance and dedications have produced numerous awards in the fields of community development, business entrepreneurships and socio-civic leadership.

THE MAJESTIC AND DANGEROUS MAYON VOLCANO, has led to many humanitarian assistance awards since inception in 1960, in 1993 under JCI Sen. Noel Rosal and again in 1999 under JCI Sen. Joseph Barra.   In 2007, at the 67th JCIP Natcon, Pres. Luis Bello was presented with the Most Outstanding President Award and 8 Major and Merit Awards- programs centered after Typhoon Reming.

MANY FIRSTS, In 2008, Alfredo Garbin won the JCIP’s Best of the Best Project at the 63rd JCIP National Convention. Ruel Retuerma, in 2011, brought God closer to the chapter by the construction the chapter’s first chapel in the Island of Rapu-Rapu.  He won the JCIP’s first Best Community Responsibility Award (CSR) on his way the win the Most Outstanding President and the Most Outstanding Chapter at the JCIP Natcon. in 2017 William Ong’s charismatic leadership moved his “Lead Strong” members-highlighted the best camaraderie and teamwork seen in decades, performed a chapter-record of 62 well-balanced projects on their way to win the chapter’s 2nd Most Outstanding Chapter at the 77th Natcon in Iligan City.

INNOVATION AT ITS BEST, Streamlining its direction in tune with the city’s Tourism vision, the chapter ventured into sports tourism from experiences gained by the management of the National Milo Marathons brought by Enrico B. Salazar in 2006 and. Three years later Charlie C.  Chua and the “pioneering spirit” of his members highlights the innovative Mayon Trail Run – marathon thru the lava rocks that caught the international running community’s attention and was bestowed the Best LOM Chapter at the 65th National Convention. Yves E. Yu in 200_, designed the Torch used in the 1st ever-Palarong Pambansa in Legazpi City. His impacts in innovations includes the EKariton project, Mayon 360 International Marathon designed to run around Mayon Volcano.  The run celebrates its 10th year this coming 2020 of the provinces’ Magayon Festival. Richard Ong revived and brought the chapter to new heights with his community sports program. His legacy is the continuous running of the Bicol Regions’ biggest basketball tournament.

RAISING THE BAR, at the 1982 Cebu Natcon ,  JCI Sen. Jose A. Estevez won the bid to host and direct  the 1985 Natcon,  with JCI Sen. Robert Obiedo as host president.  Legazpi Jaycees Incorporated  tasted their first hosting of a national convention successfully accommodating a record  4,000 delegates.  In  2010, the JCI Legazpi observed its 50th Golden Anniversary, with JCI Sen. Mariano Oriel Maddela becoming its president. Taking advantage record attendance support, he took the golden opportunity and secured the rights for the 2012 hosting of the JCIP National Convention. Pres Oriel, fondly called Pres Ohw, is now a multi-awarded councilor of urban Barangay Oro-Site, a Gawad Kalasag Hall of Famer, and continuous today to mentor the presidents of the chapter- a responsibility he took on since 2013.

MORE FUN IN LEGAZPI: ADVENTURE OF A LIFETIME, Twenty five years since hosting of their first national convention, comes this October 2012,  the same honor will be given to Pres. Henry  Buban, the host the 70th JCIP National Convention: Adventure of a Lifetime” with Charlie C. Chua as the Natcon Director, supported by a cast of past and current members, gave all for this glorious occasion to be a successful hosting. JCI Sen. Joseph Barra, at home, won the Most Outstanding JCI Senator, the 1st of five senators to be awarded in this field.

SACRIFICE TOOK A NEW TURN, Kaloy Garcia made everyone respect him for the ultimate sacrifice of taking care of his chapter and his ailing wife in 2019.  His wife succumbed to cancer just as he was about to end his term, past members from three generations paid respect, and respect he got, for life. John Glenn Lee took care of his ailing mother and at the same time created the unforgettable “Box of Dreams”, moved up the JCI ladder of leadership to become the 2nd member to become AVP.

THE CHALLENGE OF THE PANDEMIC. As the chapter celebrates its 61 years of service to humanity, JCI Mem. Joseph Glenn Austero Jr., an IT specialist will assumed the leadership of the JCI Legazpi. It was a good start until the pandemic wreaked havoc all around the world that governments implemented restrictions & lockdown. These does not stopped JCI Legazpi from heeding the call of students stranded in the city and extended food packs to help them survive. JCI Legazpi also distributed medical equipment such as faceshields & acrylic barriers to hospitals around the city.

MOVING FORWARD. As the year end, Bicol region has been battered by 3 consecutive typhoons that paved the transition of Pres. Johnson Uy’s 2021 term with series of Oplan Kaagapay projects in Albay, Camarines Sur, Camarines Norte, & Catanduanes. With the pandemic still affecting the world, 2021 has been the chapter’s litmus test in making sure that the objectives are achieved with winning attitude, resiliency, & dynamism. 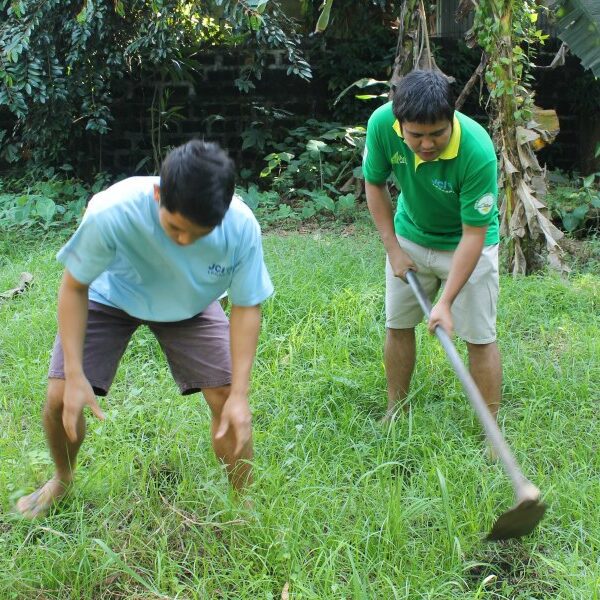 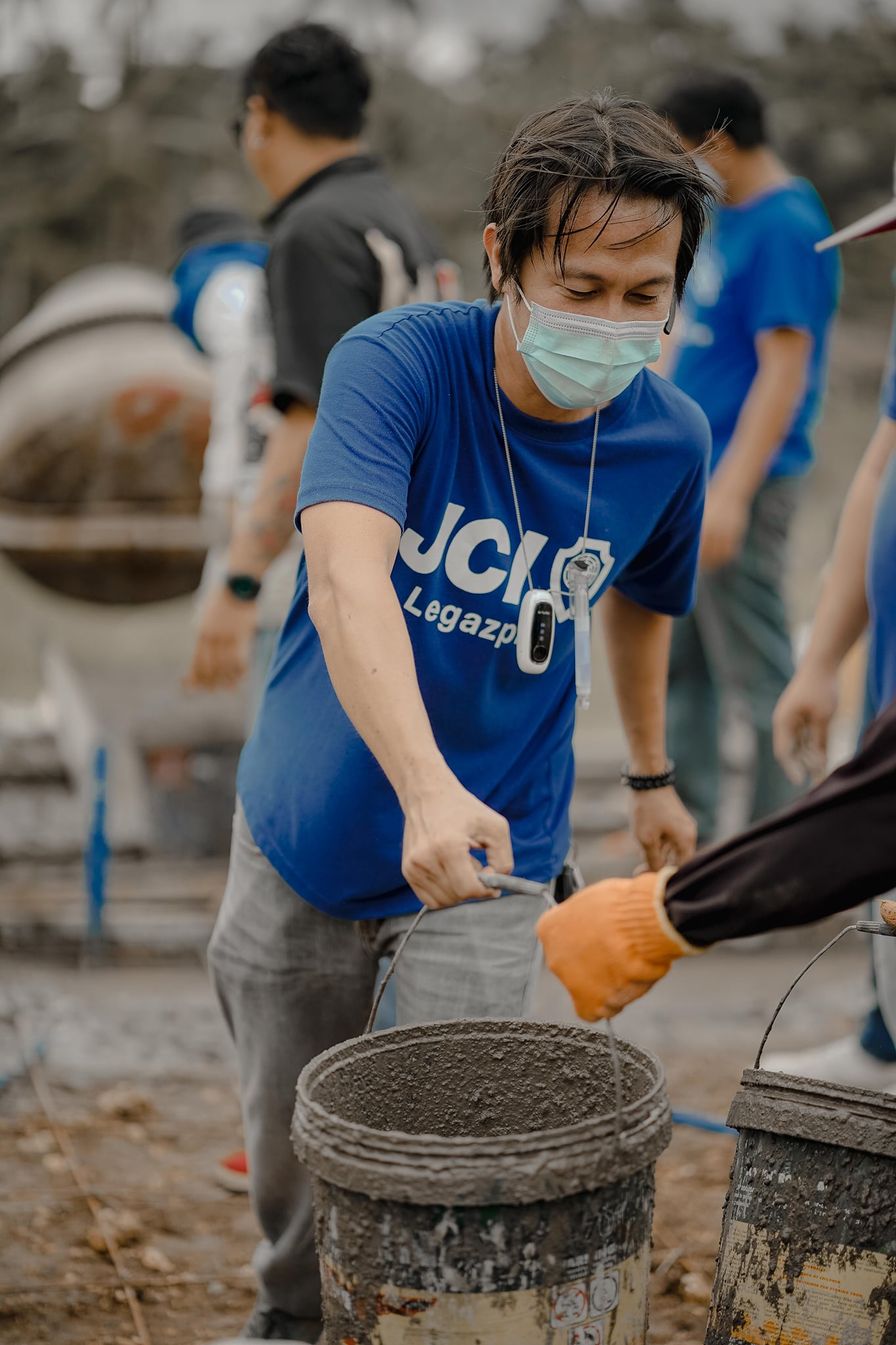 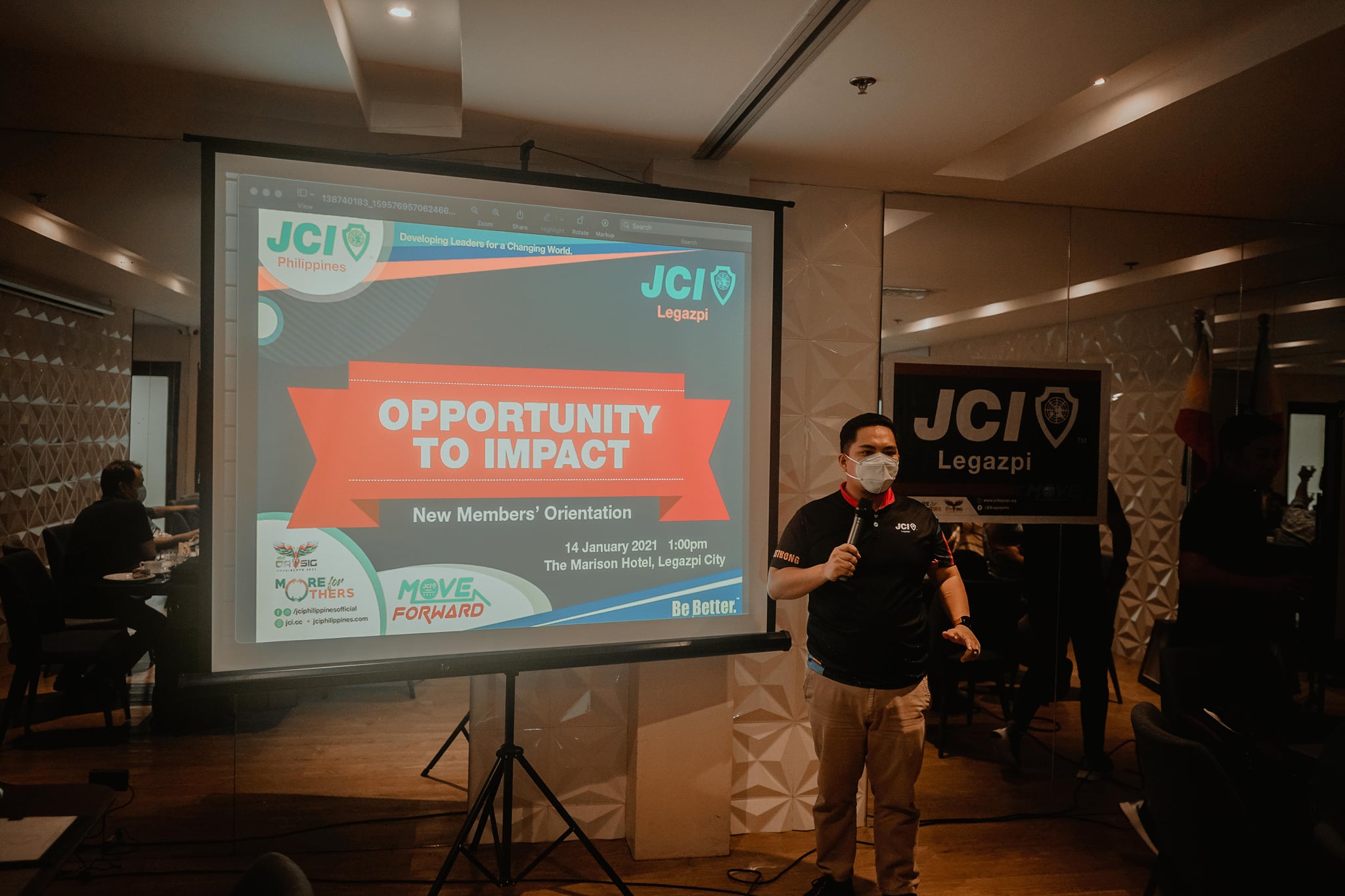 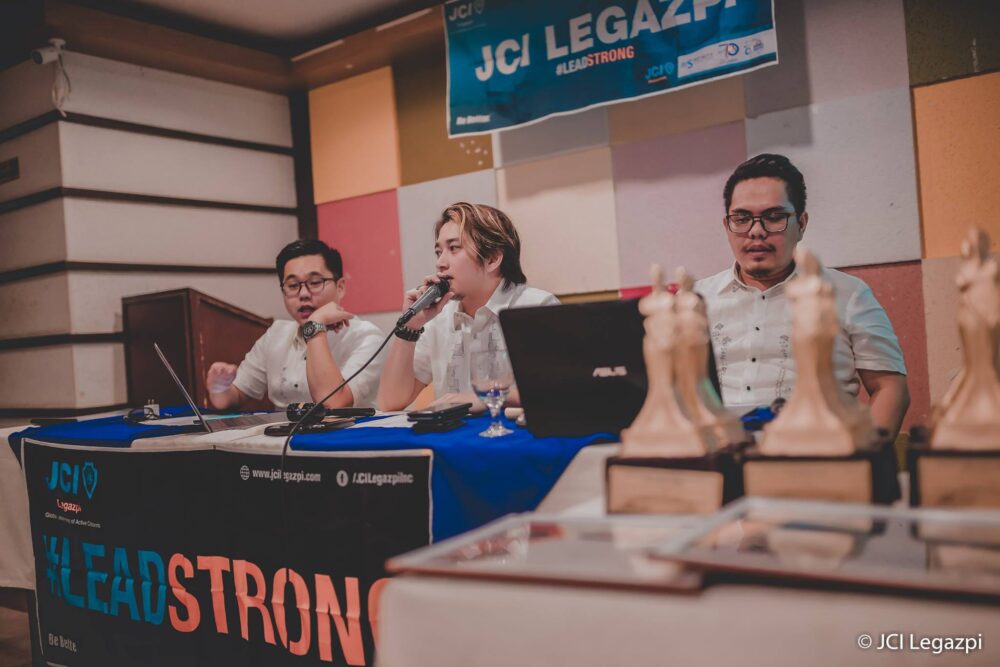 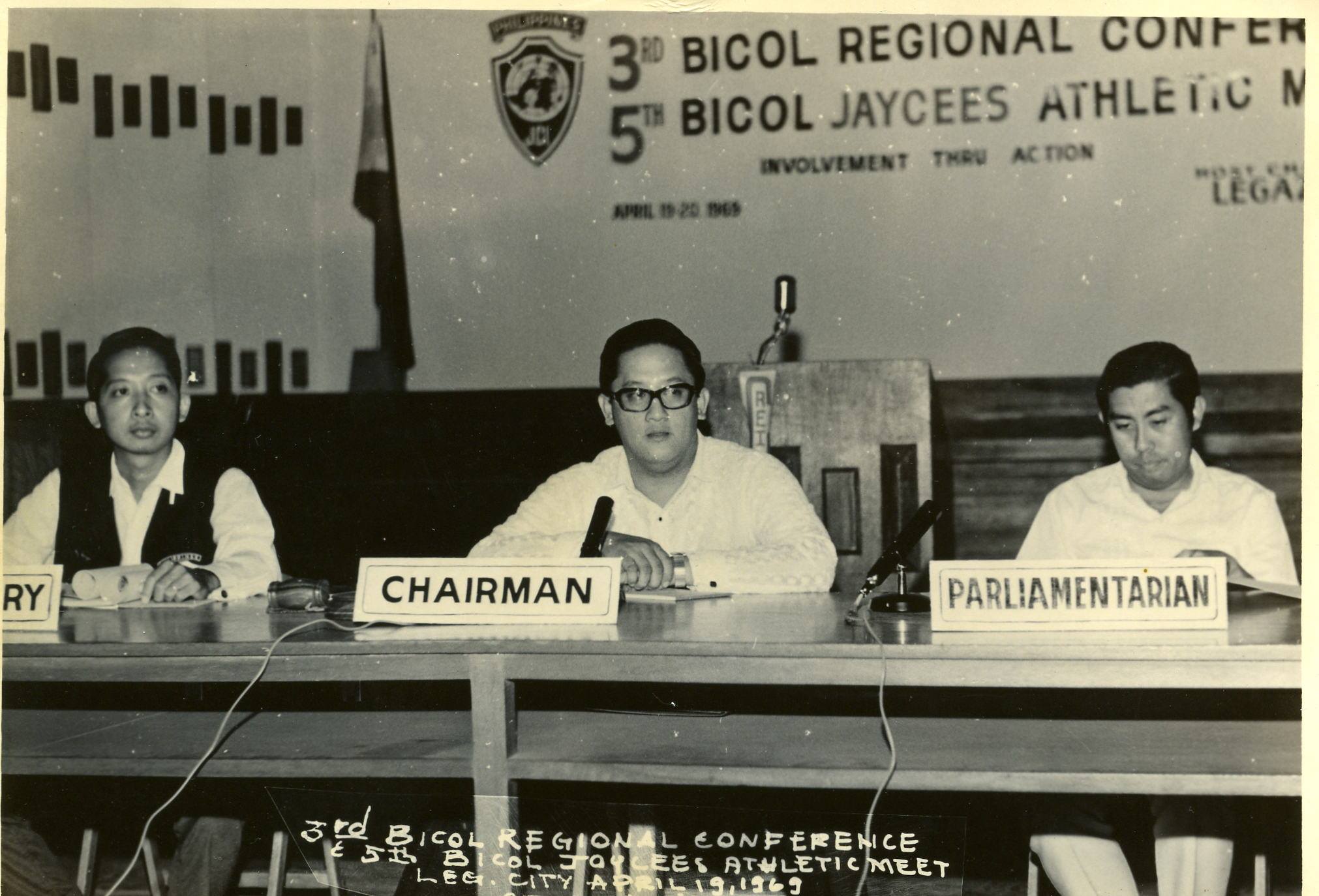 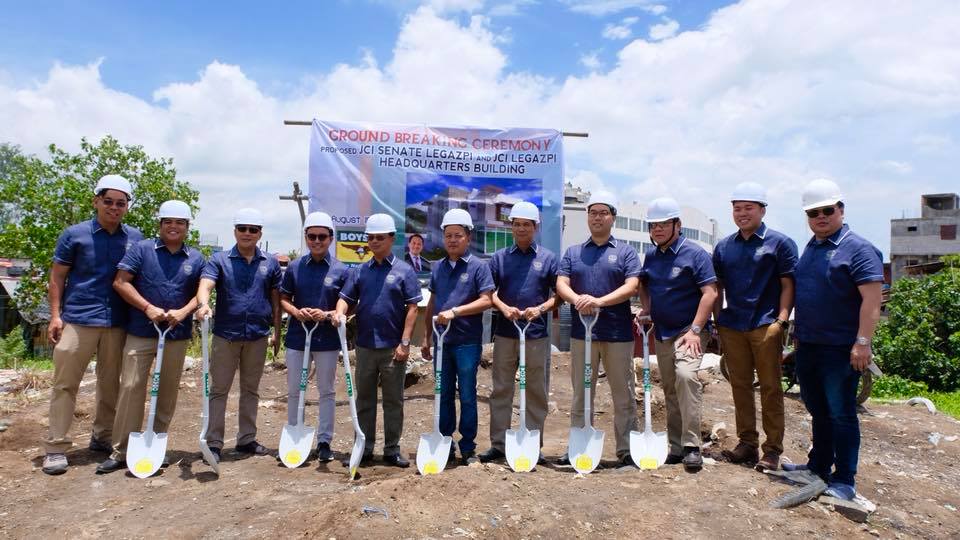 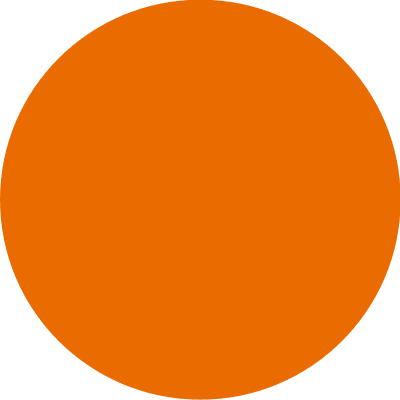 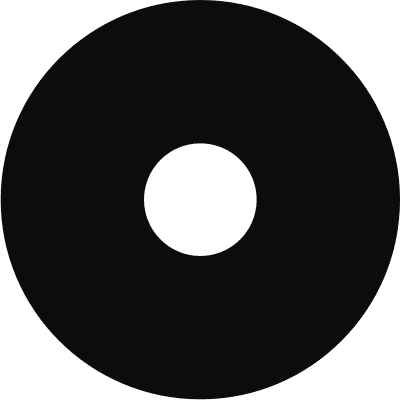